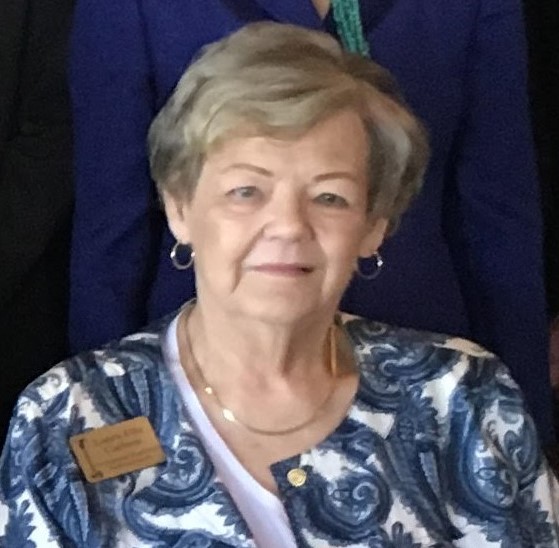 Laura Ella Carlson was born in Austin Texas on December 30, 1944. Her parents were Lawrence Herbert Carlson and Agnes Ella Vanlandingham Carlson. Ella was raised and attended school in Lockhart, Texas. She passed away on September 2, 2020.

Ella received both her Bachelor’s and Master’s Degrees from Southwest Texas State University, now known as Texas State University. She taught Home Economics at Medina Valley High School in Castroville, Texas, where she has resided since 1970. Ella retired after thirty-three years of teaching.

After retirement, Ella became a Professional Registered Parliamentarian with the National Association of Parliamentarians, where she served on a number of national committees and as a District VI Director.

Ella was a member of the San Antonio Conservation Society and served as a docent for fifteen years at the Steves Homestead House Museum in the San Antonio King William District. She also gave tours for children at the Yturri-Edmonds Historic Site in San Antonio. The “Yellow Rose of Texas” was awarded to her by then Governor Rick Perry for her outstanding volunteer work.

Survivors include her cousins and many friends. Ella was preceded in death by her parents, Lawrence and Agnes Carlson.

As current District 6 Director, it was my honor to have Ella at my first NMSAP meeting. She gave me the NAP District 6 pin that many of you also have. I felt welcome at the state and national level from my first meeting by this gesture. I hope to have the pin available for all NAP members in the future to strengthen our unity and pride in our district. 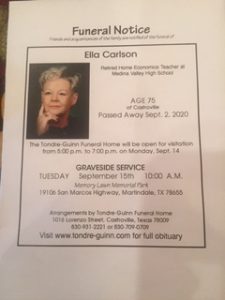 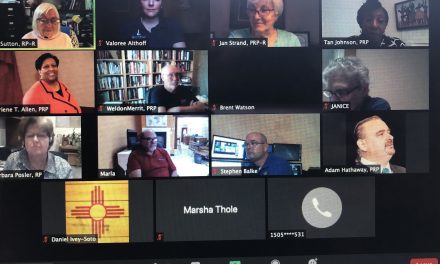